What is new at Bulldog Skates

I have not been to the Bulldog forum for a while, and I have sold most of my BDS boards…might still have an old Buddy Carr board I got from Braden

Here is the artwork 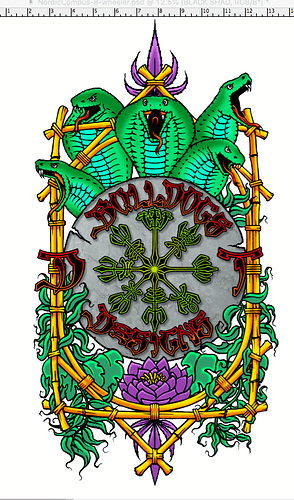 Wes does custom boards, looks like they are hand painted, this looks to be the last one he did 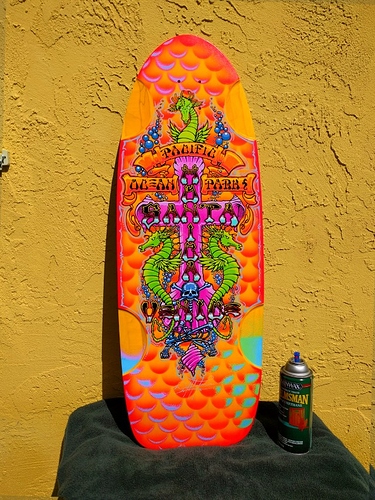 Firstly, thanks for bringing life back into CDS…I don’t do Facebook and have really missed this site. I have always liked the BDS Buddy Carr…would you be interested in selling it?

The Buddy is thrashed, has major tail razor. Probably my most favourite deck to skate. I have been talking to a few board builders to see if I can get it duplicated

I have missed Charlie as well. I’m not expecting the old crew to come back, a lot have moved on, probably dont skate, and the other half are addicted to Facebook. OG skating is different now, it is all about collecting decks, not about skating decks. The collectors market on Facebook is mad, people paying high prices for reissued decks. It reminds me of the Bulldog forum in the early 2000s. Wes would release a new deck, limited to 200, it would sell out immediately and then prices would inflate because of this self inflated bubble. Same 500 guys talking about the same decks and they would convince themselves how valuable and rare their boards were until the GFC hit and there were more sellers than buyers.

There was an interesting Facebook discussion this week about Silverfish. Skaters saying they missed it, the evils of Facebook groups etc. They had valid points. However, although they all complained about Facebook, and they were all on Facebook, no one said lets start a forum, or no one said lets reboot silverfish. You could do it, there is enough saved data out there, and but it wold take work and it takes tiem to build a community. Why do it when Facebook does it for you. I talked about rebooting Charlie, and what I hoped would happen.

The problem charlie has had the last 5 years is I saved the data but neglected the software and did no administration work. Actually it was not my forum so I had no idea how to do the admin hahaha

The major issue was spammers had used it to link build and spam. Plus someone had hacked the front page code and was showing pharma drug ads. This resulted in it getting banned by Google.

Now we are on a new platform, there is no spam or pharma ads, we have been approved to be back in the Google index. Google is busily indexing charlie. I think there is 14,000 pages to go in the index. Once this happens, we should start to rank for searches. Someone researching old school parks or looking about info on an old deck, etc. This should lead to a new community. Probably take a year or so.

There are a lot of lurkers out there. Skaters are starting to read what I put up. Hopefully we can get some engagement soon.

I’m going to do a post on how everyone can help Charlie. What we need is to start adding relevant links and info. Maybe add a few new categories. What a forum should be a a community brains trust of information. I want to see more info on set up boards, different types of skating, what is good, how to do this or that. That is info young skaters and people wanting to get into the sport are looking for.